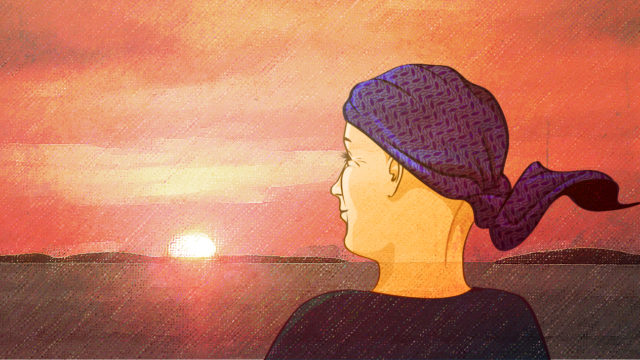 These public figures fought cancer bravely at a young age—and still managed to rise to the top of their game.

Actress and comedienne Vanessa Bayer sent audiences into hysterics during her time on Saturday Night Live, but life wasn’t always laughs for the funny lady. At the age of 15, Bayer was diagnosed with acute lymphoblastic leukemia, a cancer that starts in the bone marrow and can invade the blood quickly, according to the American Cancer Association. She told HuffPost that she was treated for nearly two-and-a-half years and, fortunately, it never recurred.

Musician Andrew McMahon, a member of Jack’s Mannequin, was also diagnosed with acute lymphoblastic leukemia, but at the age of 23. He received a successful bone marrow transplant and is in remission, according to an interview with the Chicago Tribune. To help others who are currently battling the disease, he set up the Dear Jack Foundation, a non-profit organization to help young people who have recently been diagnosed or are in recovery. These are the leukemia symptoms you absolutely should not ignore.

At just 14 years of age, actor DJ Qualls was diagnosed with Stage 3 (near Stage 4) Hodgkin’s Disease, a cancer of the lymphatic system, which is part of your immune system, according to the Mayo Clinic. He cites his chemotherapy treatment as the reason his development stalled out as a teen. “Chemotherapy kills all fast-growing cells. So my bones never widened, just lengthened,” he said during a press conference for the 2012 FX series Legit.

An Academy Award nominee for his role in The Last Samurai, Ken Watanabe has another important credit to his name: cancer survivor. He was diagnosed with leukemia around the age of 30, overcoming two battles with the horrific disease. Twenty years later he would also fight (and win) a battle with stomach cancer. These are the cancer warning signs your doctor should always address.

Proof that cancer knows no bounds, even the strongest of athletes finds themselves battling the disease. Olympic swimmer Meghan Kinney was diagnosed with a rare bone cancer called Osteosarcoma at age 21. For treatment, she endured both chemotherapy and limb replacement surgery, as well as rehabilitation to regain her strength following both. In 2016 Kinney was declared cancer-free.

How I Met Your Mother star Colbie Smulders was diagnosed with ovarian cancer at the age of 25. “The diagnosis was a borderline cancer, which means that it wasn’t quite malignant but it wasn’t quite benign,” she told Parade. “It was sort of living in the gray. I had multiple surgeries to remove the cancer from my body, and thankfully now I am cancer-free.” This is how one writer diagnosed her own ovarian cancer and saved her life.

Professional cricket player Yuvraj Singh found himself battling lung cancer when he was 30 years old. According to the BBC, the athlete was initially diagnosed with a non-malignant tumor of the lungs, but later tests showed cancer. Singh traveled to the United States to receive treatment, which included chemotherapy, and beat the disease. You don’t have to be a smoker to develop lung cancer. Read the story of one woman who was diagnosed with lung cancer at 31, without having smoked a single cigarette.

Best known for playing golden boy Matt Camden on TV’s 7th Heaven, Barry Watson received a life-changing diagnosis of Hodgkin’s disease, a form of lymphatic cancer, at the age of 28. He received chemotherapy every two weeks for six months to beat the cancer and credits a fellow patient’s positive attitude for helping him get through the difficult time. “Every time I went in for treatment after (meeting him), as much as it was a drag and it sucked and it hurt, I just tried to have a really good attitude and, hopefully, express that attitude to other people around me,” Watson told Coping magazine. If you need your own motivation, these inspiring words from cancer survivors will help.

At 25 years old, cyclist Lance Armstrong received unthinkable news: He had Stage 3 testicular cancer. It was 1996 and Armstrong swiftly took action. He had a testicle removed before learning that there were 12 tumors in his lungs, cancer in his abdomen, and two lesions in his brain, according to ESPN. He underwent brain surgery and received chemotherapy, although he admits he was preparing himself to die. Armstrong has long championed fellow cancer patients and survivors, using his public platform to raise money and awareness for the cause.

Modern Family star Sofia Vergara is a strong woman both on and off screen. The actress was diagnosed with thyroid cancer at age 28, though didn’t speak out publicly about the disease until years later, telling Health she didn’t want publicity while receiving treatment for the condition. She underwent surgery to remove her thyroid gland and now takes Synthroid to control her body’s metabolism and give her the thyroid levels she needs. Brush up on the thyroid facts that are imperative to your health.

Comedian Tom Green shared his testicular cancer diagnosis with the world when he was 29 to spread awareness about the disease. He even allowed MTV to document his treatment, which happened to include graphic footage of the surgery in which his right testicle was removed in 2000. He has since made a full recovery and is proudly cancer-free. These are the signs of testicular cancer to watch for.

Riding high as one of the most talented hockey players in the NHL, Mario Lemieux was diagnosed with Hodgkin’s lymphoma at age 27 while playing for the Pittsburgh Penguins. The diagnosis came after a large lymph node was removed from his neck. As a cancer survivor, he established The Mario Lemieux Foundation to support cancer research and patients battling the disease. While cancer can affect anyone at any time, these are 30 everyday things that are known to trigger the disease.

Competitive swimmer Eric Shanteau was diagnosed with testicular cancer a week before the Olympic trials in 2008, at age 24. Despite receiving the shocking news, he persevered and made the team. Because his cancer was detected early, at Stage One, he was allowed to delay treatment until after the games while being monitored regularly by doctors. Swimming World magazine reports Shanteau became cancer-free after a single surgery. Watch out for the surprising symptoms that can turn out to be cancer.