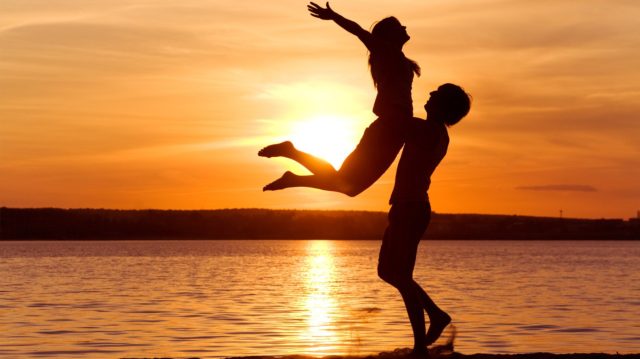 Overthinking is what potentially ruins relationships. But people who have anxiety can’t help it. They just hope and pray they meet someone who tries to understand and can work around this flaw of theirs that dictates so much of their life.

It’s understanding their mind plays tricks on them.

Simply put, anxiety is just a warning of something bad that could happen. But it’s those what-ifs and maybe that make things hard. Overcome with fear of those things becoming a reality sometimes it just paralyzes the person.

It’s reassuring them often that things are fine.

Whether anything happened or not, just tell them things are okay. That you still care. That you’re still there for them. And it sounds silly but people with anxiety appreciate that.

Even a lack of a response you might not think needs an answer will throw someone with anxiety off. It’ll lead to them thinking they’ve done something wrong.

At the start of relationships, every little thing they are going to worry about. They are almost too cautious sometimes. But once they grow to trust you more and become more confident in you, you’ll see the anxiety fade.

It’s being the one who is always sure because they never will be.

People with anxiety are very indecisive even about little things. They are going to ask your opinion and what you think and what would make you happy. It isn’t that they don’t know how to stand on their own two feet but a lot of times those with anxiety have encountered people in the past who have made them unsure of themselves.

Understand it isn’t their fault. It’s just how they’ve been programmed.

It’s being able to read them carefully.

When they respond with one word, something is probably wrong. When they use the word ‘fine’ they probably aren’t. When they are looking constantly at their phone, they are waiting for an answer. When they drive too quickly it’s because they are worried about being late. When they fiddle with their hands standing at a party, they are trying to be calm but really nervous to be there.

Everyone with anxiety has their little ticks. Things they might not even notice that they do. Learn them. Learn every curve. Learn every flaw. Learn to love them and love the things about themselves they struggle to.

Their minds will wander and make every assumption possible. Talking things out is so important. Addressing an issue and finding a problem, not letting them think about it and dwell and spend time upset. Understand that any fight you might have is going to hurt them more and they will beat themselves up more than you ever can with silent treatment or hoping they learn.

People with anxiety are harder on themselves than anyone and they will internalize everything and take it personally.

They care. They care about saying and doing everything right and making someone happy and that’s what it comes down to. If you can understand the root of fears and worrying is caring maybe it will help you to understand.

It’s knowing how to talk them down when they worry.

Understand there are some things you won’t be able to fix. Moments where you’re just going to have to ride this rollercoaster of emotions just listening to everything they say until it’s out of their system. Moments where you might see them fall apart and breakdown and there aren’t going be words to fix it or anything you can do or say. Sometimes just being there is enough so they know they aren’t alone.

It’s loving them for exactly who they are.

Someone with anxiety will look at themselves and this part of who they are and they’ll never fully like it or accept it. How can you accept something about yourself that only seems to cause problems? As their partner it’s your job to love them in those moments they don’t love themselves. It’s your job to be sure when they are doubting everything. It’s your job to hold them when to them their world is falling apart. It’s your job to not think much of it. The double texts you might get. The calls. The apologies. The questions. The overexplaining. The doubt. The breakdowns.

And in return for all of that under every bit of anxiety is a heart that cares so much. They will accept every part of you. Love you unconditionally. Be honest always. Never stop showing you they care and appreciate you.