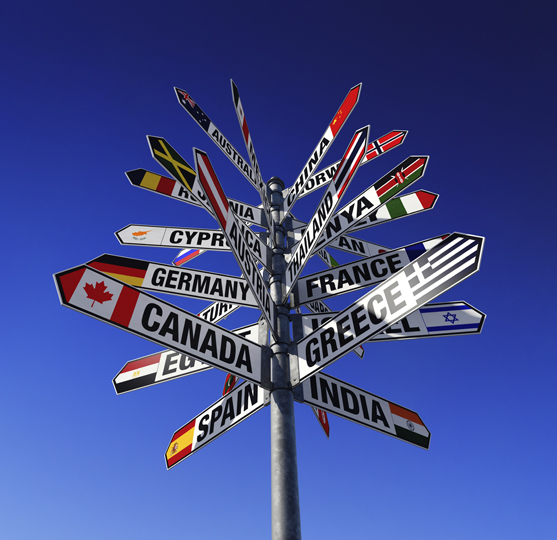 A 19th century French novelist from Rouen, Gustave Flaubert (December 12, 1821 – May 8, 1880) was considered a leading mover in realism within French literature. He’s best known for his 1857 novel Madame Bovary, a portrayal of bourgeois life, which was tried by the French government on the grounds of alleged immorality – Flaubert narrowly escaped conviction.

Samuel Langhorne Clemens (that’s right, Mark Twain was a pseudonym) was a novelist, journalist, humourist and lecturer born in Florida, Missouri, USA on November 30, 1835 (and died April 21, 1910, Redding, Connecticut). He became famous for his travel narratives such as The Innocents Abroad (1869) and for his novels The Adventures of Tom Sawyer (1876) and follow-up, Adventures of Huckleberry Finn (1885).

Henry Miller was a 20th century American writer (December 26, 1891 – June 9, 1980) who spent a large portion of his career in Paris, France. His works are based on his own life and experiences which later became characterised as fictionalised autobiography, and include Tropic of Cancer (1934), Tropic of Capricorn (1939) and Black Spring (1936). His books often had explicit and obscene content which led the way for other American writers, but also resulted in both Tropic of Cancer and Tropic of Capricorn getting banned in the US for nearly three decades.

David Herbert Lawrence (11 September 1885 – 2 March 1930) was an English writer and poet. He’s most famous for his novel Lady Chatterly’s Lover (1928), a reflection of the state of modern society under relentless industrialisation, which faced years of criticism and legal pushback for its explicit sexual content when such language was still considered taboo. D.H. Lawrence also wrote poems, plays, essays, travel books and more, making him one of the most distinguished writers of his day.

Born in Dublin, George Bernard Shaw (26 July 1856 – 2 November 1950) was an Irish playwright, literary critic, comic dramatist and political activist for socialism. So impressive were his contributions that he was awarded the Nobel Prize for Literature in 1925, but he refused the prize money (he had no desire for public honours). He was highly influential across generations for his wit and intelligent critiques.

Dagobert David Runes (January 6, 1902 – September 24, 1982) was a philosopher and author born in Zastavna, Bukovina, Austro-Hungary (now in Ukraine), emigrating to the USA in 1926. He spoke at least nine languages fluently and was friends with Albert Einstein. His most significant legacy is arguably the founding of the Philosophical Library in 1941, a US publisher specialising in philosophy, psychology, religion and history.

Wolfgang Amadeus Mozart, baptised as Johannes Chrysostomus Wolfgangus Theophilus Mozart, (27 January 1756 – 5 December 1791) was an influential and highly acclaimed Austrian musical composer of the classical era. Some of his most famous compositions include the Piano Concerto No. 23, Symphony No. 41 and Requiem, among many, many others.

Henry David Thoreau was an American essayist, poet, philosopher and naturalist, who started his career writing nature poetry under the mentorship and friendship of Ralph Waldo Emerson. He’s one of America’s most famous writers, most known for his book Walden (1854), which he wrote during a two-year stay on Walden Pond, Concord, Massachusetts, living a simple life in a home he built for himself.

Aldous Leonard Huxley (26 July 1894 – 22 November 1963) was an English author, critic and philosopher famous for writing one of the most highly acclaimed novels of all time, Brave New World (1932), which became a base for dystopian science fiction for future writers.

Benjamin Disraeli (21 December 1804 – 19 April 1881) was a British Prime Minister (twice) and novelist who played a central role in the formation of the modern Conservative Party. He was known as being a compelling speaker and in his second stint as Prime Minister focused on social reform, including passing laws to recognise trade unions and prevent labour exploitation.

The Prophet Mohamed (570-632) was a central figure to Islam and is considered the last prophet sent to mankind by God to present and uphold the teachings previously preached by Moses, Adam, Abraham and other prophets.

Thomas Stearns Eliot (26 September 1888 – 4 January 1965) was an essayist, poet, publisher, playwright, literary and social critic. He was born in the US but moved to the UK when he was 25 and spent the rest of his life there. He was considered one of the best poets of the 20th century, and a leader of the Modernist poetry movement.

Kurt Vonnegut (November 11, 1922 — April 11, 2007) was an American writer whose career spanned 50 years and was most famous for his dark, satirical novel Slaughterhouse-Five (1969). His writing became known for its use of postmodern techniques, mixed with science fiction and fantasy in order to highlight the ironies of modern society.

Arguably one of the most famous literary figures of all time and known for his witty humour, Oscar Fingal O’Flahertie Wills Wilde (16 October 1854 – 30 November 1900) was an Anglo-Irish novelist, playwright, poet and critic. While his most famous work is The Picture of Dorian Gray (1891), he mostly wrote plays, which include The Importance of Being Earnest (1895).

Valentin Louis Georges Eugène Marcel Proust, known as Marcel Proust (10 July 1871 – 18 November 1922), was a French novelist, essayist and critic. He was influenced by the works of Gustave Flaubert (who we met earlier) and his most prominent writing was In Search of Lost Time, a seven-volume psychological and allegorical novel based on Proust’s life.

Seneca the Younger, or Seneca, full name Lucius Annaeus Seneca (c. 4 BC – AD 65), was a Roman Stoic philosopher, statesman and orator. He was the leading intellectual figure in the mid-1st century in Rome.

Martin Buber (8 February 1878 – 13 June 1965) was a German-Israeli religious philosopher and biblical translator. His philosophy centred on man’s dialogue with other men and God, most notably expressed in his book Ich und Du or I and Thou (1923).

Robert Lee Frost (March 26, 1874 – January 29, 1963) was an American poet most admired for his depictions of life in New England. Having been unsuccessful getting his poetry published in the US, he moved to London in the UK, where he finally gained acclaim. One of his most notable poems is The Road Not Taken, which is where our travel quote pick comes from.

Thomas Fuller (baptized 19 June 1608 – 16 August 1661) was an English scholar, preacher and prolific author, often considered extremely witty. He is most well known for History of the Worthies of England (published posthumously in 1662) and Holy State and the Profane State (1642).

Paul Edward Theroux (April 10, 1941) is an American travel writer and novelist, with some of his books being made into feature films. His best known work is The Great Railway Bizaar (1975), and he wrote many others, including The Old Patagonian Express (1978).

Very little is known about Lao Tzu, an ancient Chinese philosopher and writer (who died in 533 BC in the Zhou dynasty). He was renowned for being the philosophical founder of Taoism and is said to be the writer of sacred text, Tao Te Ching. Taoism is intertwined with other schools of thought like Buddhism and Confucianism.

John Steinbeck (February 27, 1902 — December 20, 1968) was an American author, most famous for his novel Of Mice and Men (1937). He won the 1962 Nobel Prize in Literature “for his realistic and imaginative writings, combining as they do sympathetic humour and keen social perception.”

Albert Einstein (March 14, 1879 — April 18, 1955) was a German-born theoretical physicist, whose name has now become synonymous with “genius”. This is due to his high intellect, having developed the theory of relativity, won the 1921 Nobel Prize in Physics and written more than 300 scientific papers (and more than 150 non-scientific).

Lisa St Aubin de Terán (2 October 1953) is an English novelist, writer of autobiographical fictions, and memoirist. She left England at age 16 and travelled before moving to her husband’s home in the Andes, which influenced her award-winning first novel, Keepers of the House (1982). Now, she splits her time between the Netherlands and Mozambique where she runs the Terán Foundation, a non-for-profit working in underdeveloped villages in the country.

Cesare Pavese (9 September 1908 — 27 August 1950) was an Italian poet, novelist, literary critic and translator. He was heavily influenced by the authors whose work he translated, such as Herman Melville, John Steinbeck, Gertrude Stein and Ernest Hemingway. His work was significant in introducing British and American writers to Italy, such as The Moon and the Bonfires (1950), and a Pavese Prize of Literature was established after his death in 1957.

Joseph Hilaire Pierre René Belloc, known as Hilaire Belloc, (July 27, 1870 — July 16, 1953) was an Anglo-French writer and historian, most known for his poetry and essays. He worked as a journalist before his books Verses and Sonnets (1895) and The Bad Child’s Book of Beasts (1896) launched his literary career.

Caskie Stinnett was an American travel editor, writer and humorist. His best known work is One Man’s Island: Reflections on Maine Life from Slightly Offshore (1984).

Charles Horton Cooley (August 17, 1864 – May 7, 1929) was an American sociologist and was a founding member and the eighth president of the American Sociological Association.

Elizabeth Drew is an American political journalist and author, born in Ohio in 1935. She has written multiple books on politicians and the newspaper media.

John Ronald Reuel Tolkien (January 3, 1892 – September 2, 1973) – or J.R.R Tolkein as we more commonly know him – was an English writer, poet and university professor who is best known as the author of the classic book series The Lord of the Rings and The Hobbit, which have been made into successful feature films.

Gilbert Keith Chesterton (29 May 1874 – 14 June 1936) was one of the dominating figures of the London literary scene in the early twentieth century and known for his exuberant personality. He was an English writer, poet, philosopher, dramatist, journalist, orator and literary critic.

Ralph Waldo Emerson (May 25, 1803 – April 27, 1882) was an American essayist, lecturer, philosopher, and poet who led the transcendentalist movement of the mid-19th century.

André Paul Guillaume Gide (22 November 1869 – 19 February 1951) was a French author and winner of the Nobel Prize in Literature in 1947. Gide’s career ranged from its beginnings in the symbolist movement, to the advent of anticolonialism between the two World Wars.

Tim Cahill is a travel writer (born 1944) who lives in Livingston, Montana, United States. He is a founding editor of Outside magazine and currently serves as an “Editor at Large” for the magazine.

Anatole France (April 16, 1844 – October 12, 1924) won the 1921 Nobel Prize in Literature. He was a French poet, journalist, and successful novelist with several best-sellers and was known for his satirical tone.

Ray Douglas Bradbury (August 22, 1920 – June 5, 2012) was an American author and screenwriter. He worked in a variety of genres, including fantasy, science fiction, horror, and mystery fiction and was most famous for his novel Fahrenheit 451 (1953).

Saint Augustine of Hippo (13 November 354 AD – 28 August 430 AD) was a Roman African, early Christian theologian and philosopher from Numidia whose writings influenced the development of Western Christianity and Western philosophy.

Jack Kerouac (March 12, 1922 – October 21, 1969) was an American novelist, considered a literary iconoclast and, alongside William S. Burroughs and Allen Ginsberg, a pioneer of the Beat Generation. His most well known novel is On The Road (1957), but also wrote other well-received novels such as Dharma Bums  (1958) and Big Sur (1962).

Dame Freya Madeline Stark (31 January 1893 – 9 May 1993), was a Anglo-Italian explorer and travel writer. She wrote more than two dozen books on her travels in the Middle East and Afghanistan as well as several autobiographical works and essays. She was one of the first non-Arabs to travel through the southern Arabian Desert.

Siddharth Pico Raghavan Iyer, known as Pico Iyer (born 11 February 1957), is a British-born American essayist and novelist, best known for his travel writing. He is the author of numerous books on crossing cultures including Video Night in Kathmandu (1988), The Lady and the Monk (1991) and The Global Soul (2000).

What If We Extinguished the Sun?

What If We Lost The Amazon Rainforest?