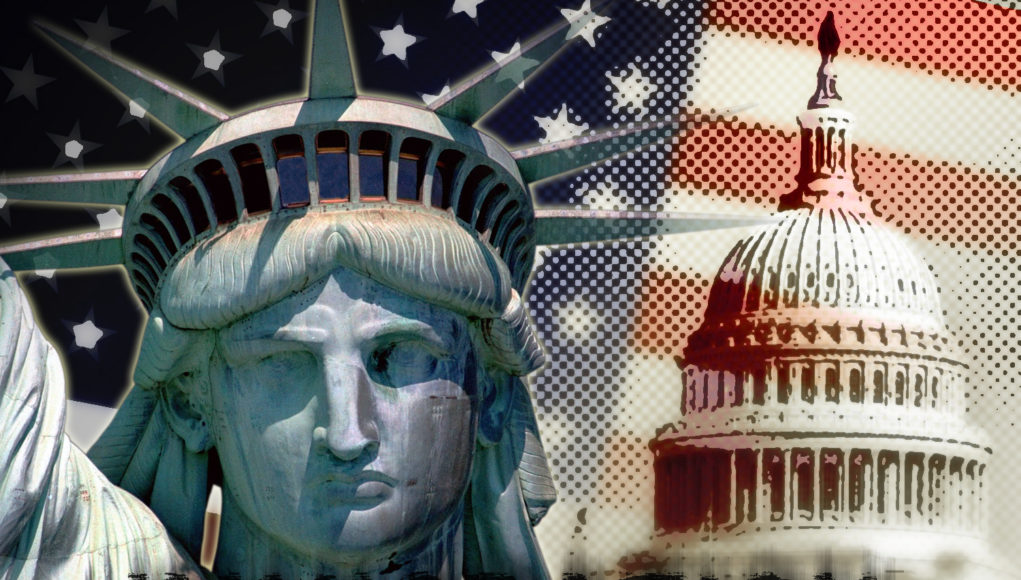 It seems Democrats have a lot of contempt and hatred for everyday American citizens, especially those who are white.

Yet they strangely seem to have a love affair with illegal migrants, probably because they hope to turn them into Democratic Party voters at some point.

Here in one cartoon is exactly how Democrats see illegal migrants versus American citizens:

Free stuff for illegals, on the backs of hard working American citizens.

A lawyer representing eight illegal immigrant families is preparing to sue the federal government for millions of dollars because of the Trump administration’s policy of family separations, the LA Times reports.

This is on its surface ludicrous. Anyone who does not want to be separated from their minor children should stay away from, and resist the temptation to illegally cross the U.S. Mexico border.

Seems pretty simply but not everyone, especially those on the left, sees it that way.

Via the Los Angeles Times:

Like thousands of Central American parents seeking asylum in the United States, Patricia panicked when, after she and her son crossed the Rio Grande into Texas last year, U.S. border agents took the boy away. For weeks, she was crushed by fears that then-6-year-old Alessandro was lost forever.

Though they were eventually reunited, Patricia isn’t ready to put the past behind her. She wants the U.S. government to pay for her family’s ordeal, and she has become part of a novel legal strategy to achieve that goal.

“Every moment that I think about it makes me cry,” said Patricia, who asked that she and her son be identified only by their middle names because she fears retaliation. “To have us separated was an injustice. Everybody has the right to want a better life.”

Patricia and her lawyer, Maggy Krell, a former California deputy attorney general who specialized in human trafficking, are set to argue that the U.S. government intended to inflict emotional distress on families by separating them. They plan to make that assertion under the Federal Tort Claims Act, a narrow law that allows individuals to sue the U.S. government for negligence and misconduct. About a dozen other immigrant parents with experiences like Patricia’s are in the process of making similar claims, which will probably end up in courts.

Though it is far from clear they will prevail, the parents argue that the separations and the silence around the fate of their children in 2018 were part of a systemic campaign of psychological intimidation by the Trump administration to frighten others away from entering America.

Again, this is nuts and lets fervently hope that the illegal immigrants in question do not prevail.

No way should taxpayers be liable for the criminal activity of these immigrants. It is against the law to cross the border illegally and as they say, if you can’t do the time, don’t do the crime.

Everyone else who breaks the law and is sent to detention or prison is separated from their children. Why should illegal immigrants be any different?

In fact these folks should not even be allowed to sue the federal government at all, given their status.

Do you agree or disagree with this?

Facebook has greatly reduced the distribution of our stories in our readers’ newsfeeds and is instead promoting mainstream media sources. When you share to your friends, however, you greatly help distribute our content. Please take a moment and consider sharing this article with your friends and family. Thank you.